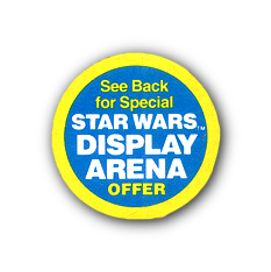 By the time the Empire line was going full force, most kids had surpassed the 12 figures that their original display stand could hold, so Kenner came out with another one. This time the stand had 4 interchangeable bases that could be combined in various ways. Each stand held 14 figures, so now you had room for 56 total action figures. It also came with 4 cards that could be used as backdrops and were also double sided with scenes from both films.

This offer was advertised on cardbacks and Television commercials. It was set to expire on May 31, 1982, but was then extended to July 31st. 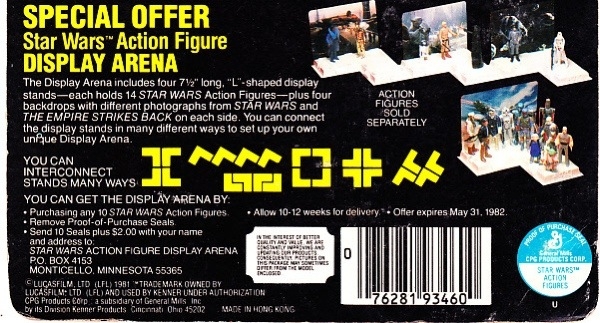 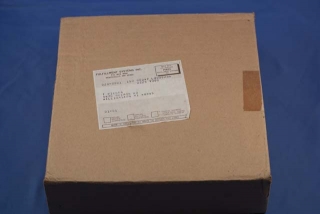 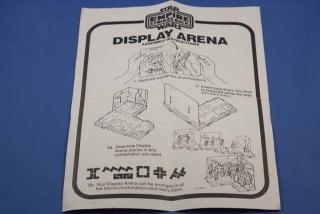 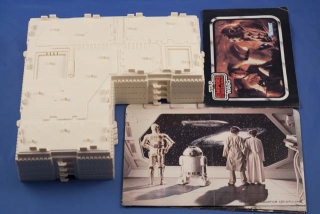