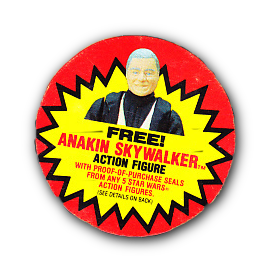 The last figure to ever be offered in the Star Wars line, was Anakin Skywalker. He seems like a fairly odd choice with such a small role in the movie, but I think Kenner thought the Darth Vader connection would make kids want him. He was also offered at a time when interest in Star Wars was dwindling.

He was offered on card backs, an in store shelf talker with flyers, and so far a commercial for him hasn’t surfaced, but some people do recall seeing one. 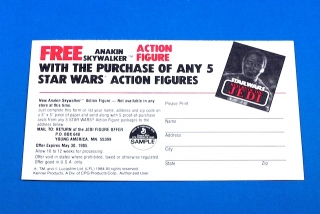 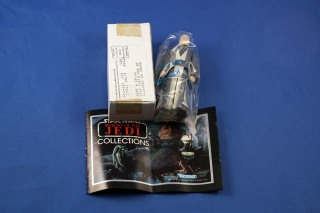 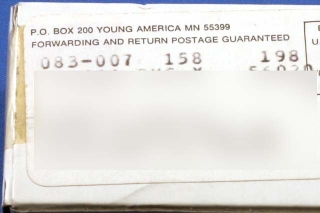