The Action Collector’s Stand was the very first promotion offered on the back of the figure cards, but was also advertised in the Early Bird Kit.

In the early bird kit, it was a matter of just simply sending in the form and $2. On the back of earlier Star Wars cards, it required 2 proofs of purchase and $2. The offer was later revised and you could get the stand for free with 12 proofs of purchase. The offer expired on May 1, 1979. 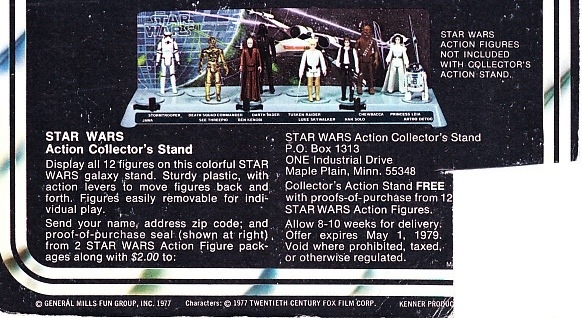 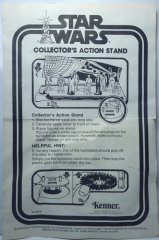 Non LP logo version. From the collection of Mark Yeo 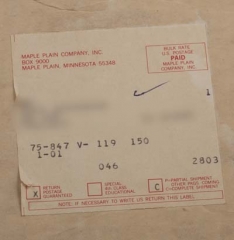 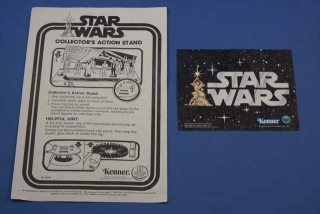