With no new movies and interest in Star Wars declining, Kenner tried a few ideas to renew appeal in the line. One of these was with a coin premium.

Stickers for the offer were sent out to retailers to apply to existing stock and later figures also included the coins in the rebranded Power of the Force line.

Because these were applied at retail, they can be found on various cards. Return of the Jedi is obviously the most common, where that was the current line, but they can also be found on older Empire Strikes Back Cards and occasionally on the newer Power of the Force cards. A few examples exist on the original Star Wars cards as well.

Some collectors also remember a commercial featuring the coins and the new Power of the Force figures. However, at this point that commercial has yet to surface. 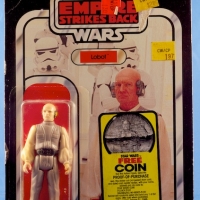 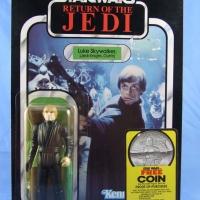 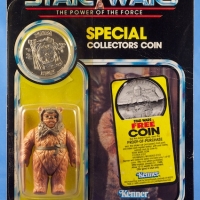 Complete Sets were available to those that requested them. Read about those here 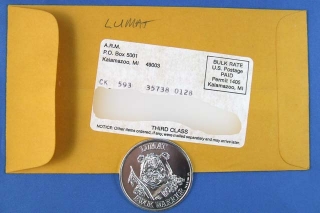 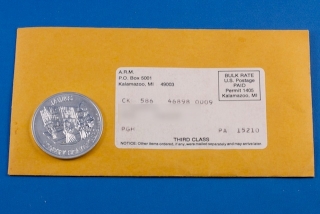