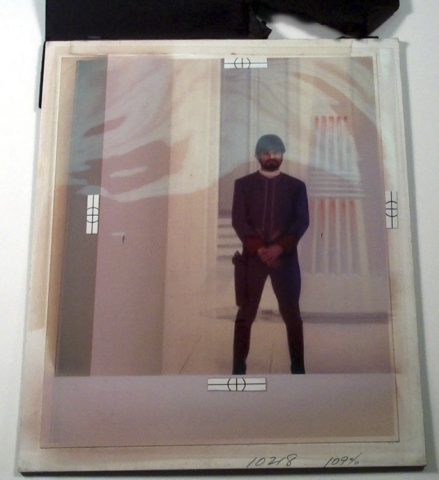 Initially it appears that the image is fairly ‘honest’, having not undergone much airbrushing at all.  However, when we look closer, it appears that the majority of the image has been enhanced.  The background shows the ‘soft’, synthetic texture synonymous with airbrushing and the bottom of the photo (below the marker) shows perhaps the non-airbrushed colour of the background.  As with many of these photoart pieces, it is difficult to tell the exact extent of the airbrushing without the piece in hand.