Kenner had little choice of images and scenes to use for the Ugnaught cardback so, predictably, chose on of the strange pig nosed dwarf in the workshop on Cloud City. 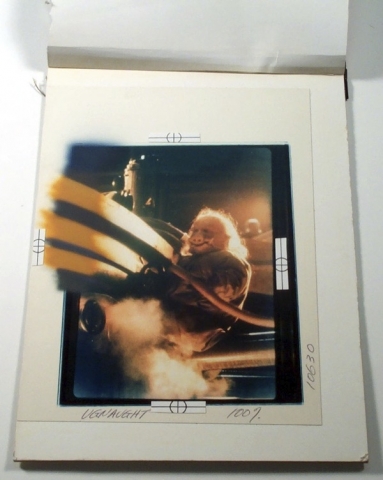 Ugnaught is probably one of the least loved characters but the photoart is really quite cool, compared to the character anyway.

The airbrush artists at Kenner extended the photo to the left, as they did with several pieces of photoart, but instead of just adding a generic background they added what looks like machinery or pipework.