Kenner chose an image of two Stormtroopers firing down at Luke and Leia as they are about to swing across the abyss inside the Death Star.  This is one of the few images which remained constant throughout the life of the US toyline – From Star Wars to Power of the Force. 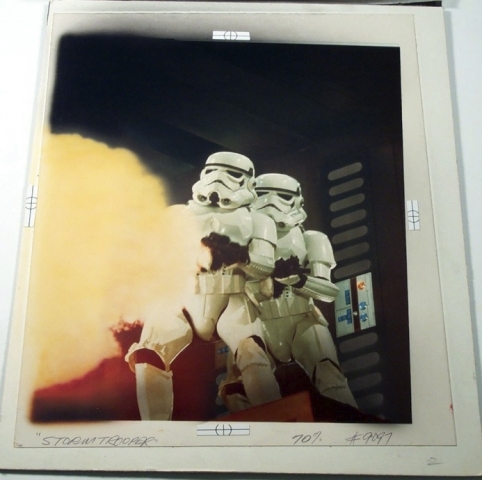 Initially the photo does not seem to have been particularly altered.  However, closer inspection reveals that this isnt the case as the left hand side of the photo has been extensively highlighted.  The smoke from the laser blasts has been enhanced and unwanted elements removed from the top left of the photograph.

Below is a second piece of Stormtrooper phototart, this time used on TriLogo cards.  The original photo is the same shot (although a closer crop), but the second stormtrooper has been completely, and expertly, airbrushed out!  Unlike the first piece of photoart, the top portion of this image hasn’t been airbrushed which lets us see how the first image was altered to remove the ceiling lights and increase the flash and smoke from the blaster fire.. 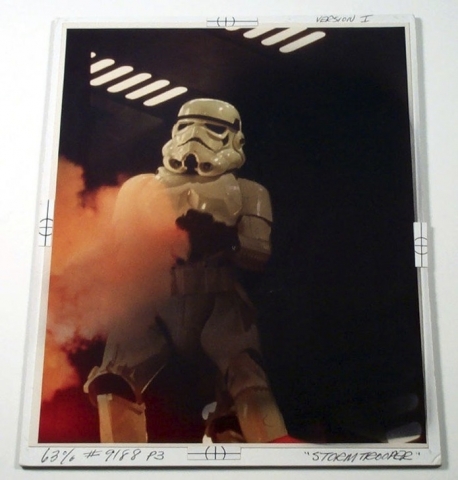