Snaggletooth was a minor character who was briefly seen in the Cantina.  Luckily, kids love aliens so Snaggletooth made it to the big time and became one of the first 20 characters released!

Kenner had little choice of cardback image as Snaggletooth was only briefly seen so predictably chose a scene from the Cantina. 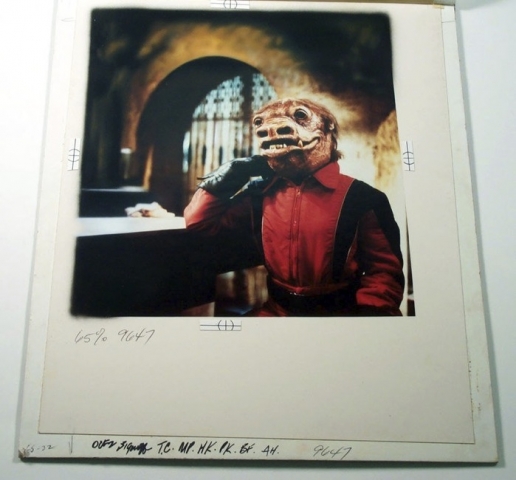 The photo has been airbrushed extensively in order to darken three edges of the picture and remove unwanted elements.