Powerdroid can be found at several points in Star Wars.  Kenner chose an image of it in the Jawa Sandcrawler for the card backs. 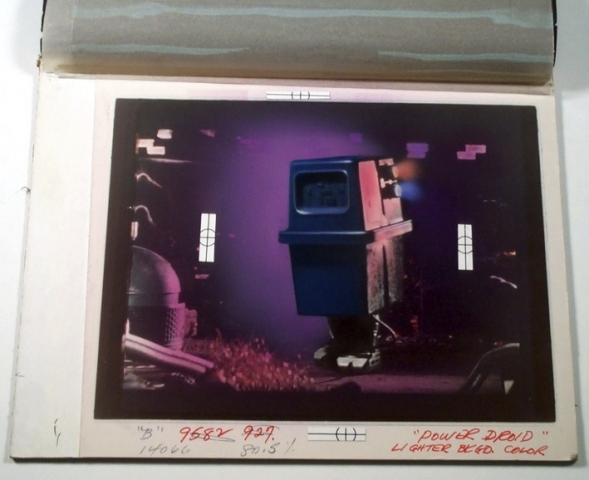 The Sandcrawler scenes were very dark and extensive airbrushing was used to lighten the background and highlight the Powerdroid with a purple hue which gives the photo an almost 3d look.

The notes written at the bottom of the photoart suggest that this may be an additional piece of photoart with a lighter background colour than a previous version and, as with the R5-D4 photoart, pasted markers indicate which part of the image is to be used for the card image.