The original Luke Skywalker photo survived until the late ROTJ release when it was revised to the ‘Gunner’ picture you see below.  The gunner photo shows Luke in a more action packed light as he attempts to defend the Millennium Falcon against TIE Fighters as they flee the Death Star.

Had the POTF line continued, the Gunner photo would have been used, as cromalins and proof cards which have surfaced prove. 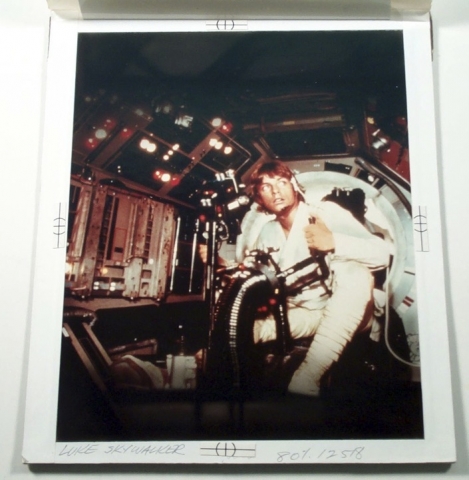 The photo does not appear to have been altered in any way, although due to the skill of people carrying out the airbrush work it is impossible to tell for certain without the piece in hand.