Power of the Force figures cards were not released in Europe, but instead a range of cards were developed which could be sold throughout Europe and therefore comprised English, Spanish and French logos, which were the countries who had previous all had their own dedicated Star Wars distributors – Palitoy (Great Britain), PBP (Spain) and Meccano (France).

A number of the TriLogo cards used different photos to their Kenner counterparts – the Jawa is one such card. 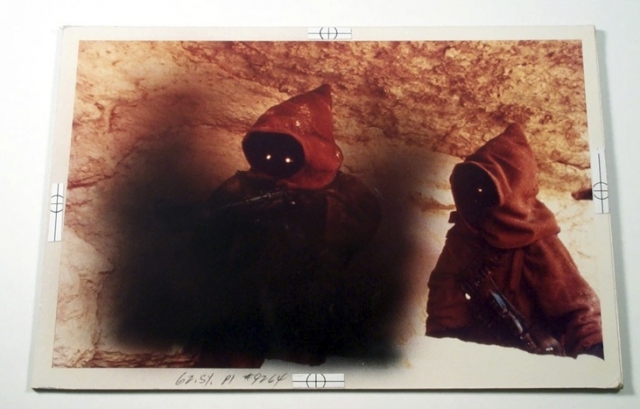 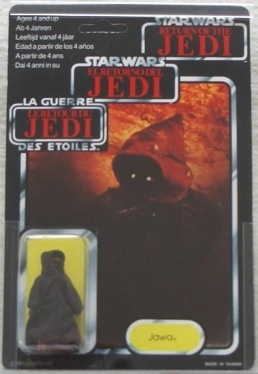 Trilogo Jawa from the collection of Christian

The photo has been airbrushed extensively in order to darken the area around the subjectJawa.  This highlights the Jawa’s eyes and cape.

Given the size of the photo area on the card it seems a strange decision not to use a longer image, or one with less airbrush work.