“General Veers, prepare…. yourself for airbrushing”

Kenner chose an image of Veers, or ‘Imperial Commander’ aboard the Super Star Destroyer for the cardback image. 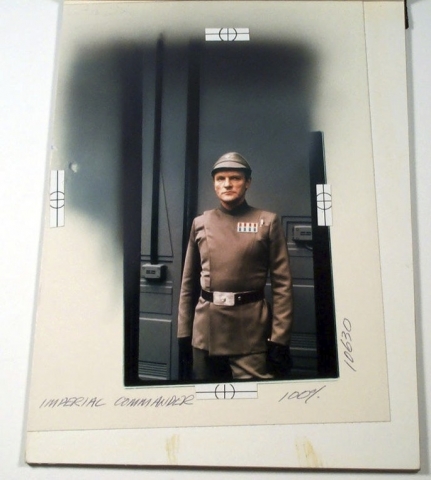 The photo has been airbrushed to extend the image to the left, above where the bubble area would eventually be.  Interestingly, the black border of the photo is utilised, rather than covered up, in the final image and can be seen on the final cardback.