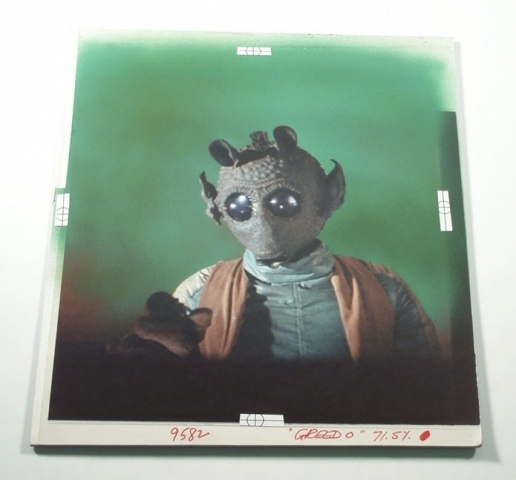 The photoart depicts Greedo in the cantina sitting opposite Han Solo.  The image has been extensively airbrushed with the bottom portion of the picture being completely removed and the background around Greedo lightened to a light green colour with a mottled effect.

Greedo would have been carefully masked while the airbrushing was being carried out, which is how the character appears so sharp against the sprayed background.