This is one of the most iconic images of the Star Wars saga – Darth Vader about to face off against Obi-Wan in their final duel.  It’s no surprise that Kenner chose this image to use as the background for every single Darth Vader figure sold around the world between 1978 and 1983, when the photo was revised to a scene in the second Death Star. 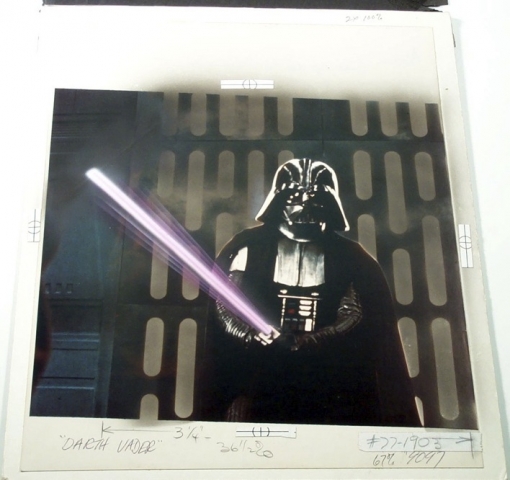 The original picture has been extensively airbrushed in order to make it suitable for use on the packaging, where clarity and impact of the image is paramount.

The Lightsaber has been enhanced, both in colour and indications of movement have been added by airbrushing techniques.