The Cloud Car Pilot was only seen on screen very quickly and to reinforce what the character was, Kenner chose an image of him in his Cloud Car, rather than one of the fleeting images of a Cloud Car Pilot walking around the corridors of Bespin. 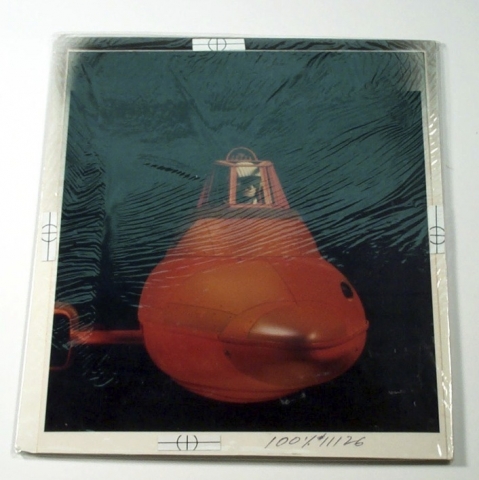 The photo is of a special effects piece as no life-sized Cloud Cars were built, and the pilot is in fact a model.  The photograph has been airbrushed to create a uniformed black background as can be seen by the overspray on the top of the photoart backing.