The orginal C-3PO was one of the shorted lived figures of the vintage line, and subsequently the original picture only appeared on cards upto the 45back ESB cardbacks, when the image was changes as the ‘removable limbs’ C3PO was introduced.

The image Kenner chose for the card image is of C-3PO (and R2-D2) inside the control room of the Death Star as Luke, Han, Chewbacca and Ben set about freeing Leia and escaping. 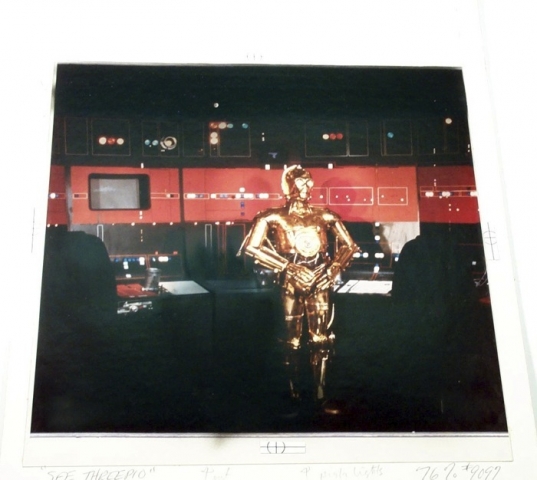 The photo has been airbrushed extensively in order to completely remove R2-D2 from the left sode of C-3PO.  Airbrushing has not only removed R2-D2 but has painted in elements which were previously hidden, in order to seamlessly remove the astrodroid.