The black Bespin Guard was released late in the ESB line and was one of Kenner’s attempt at an army builder.  The photo chosen is of the security guard pushing the frozen Han Solo out of Bespin. 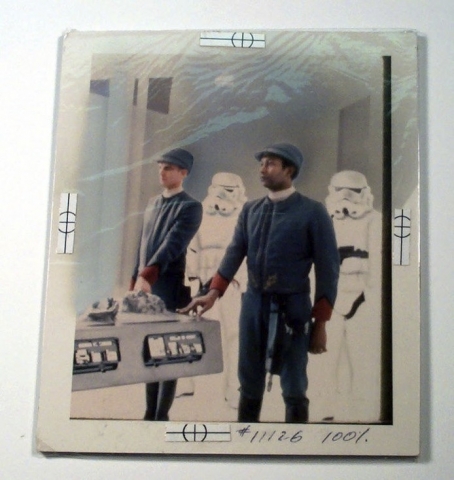 This is one of the less popular characters but one of the more interesting pieces of photoart.  At first glance it looks simply like a still photo of a Bespin scene.  However, on closer inspection, the photoart reveals some secrets – the background has been extensively airbrushed from the Bespin corridor to the Stormtroopers.  The Stormtroopers appear to have been heavily airbrushed and either toned down so the primary character stands out more, or perhaps even completely airbrushed in, from scratch!