As with FX-7, 2-1B was only briefly seen in ESB, so the cardback image was chosen from a slim selection of shots.  Interestingly 2-1B’s medical counterpart, FX-7, can be seen in the background of this Hoth medical station scene. 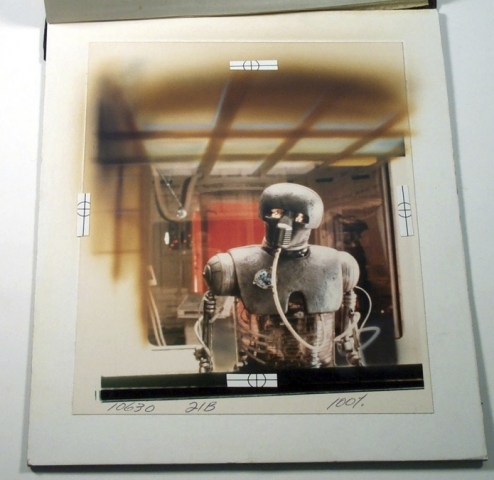 This image is really interesting for several reasons.

Firstly the ceiling of the medical lab, with it’s square beams, is entirely creating through airbrushing as is the area to the left of the image (you can see the actual photograph which was used by its rounded bottom corners).

Secondly, and it’s impossible to tell without the piece in hand, it looks as if 2-1B himself may be cut and pasted onto the image, as it extends below the area of the photograph.  Furthering this theory is the airbrushed areas you can see inbetween the characters right arm and the airbrushed pipework on his left arm.