C6 day one! Yea… Ummmm… I am spent at the moment. Holy crap it’s been a day. Not sure where to begin or what to say. It’s about 1 am and we are operating on a fine combination of caffeine, whiskey, sleep depravation and exhaustion. I think I’m averaging about 4 hours of sleep a night. 😉

I’ll post more tomorrow but wanted to give you some quick hits. Archive party was incredible! Met some amazing people, my favorite so far would be Johan from Sweden! Lee Bullock is an animal! Had to get that in. 🙂 I had long conversations with Oscar and Luis Villagomez tonight about Lili Ledy and saw some insane factory photos. I learned more about Lili Ledy in 30 minutes from those two than I have in all my time on the boards. The convention is insane! Saw some amazing tattoos and cool stuff at the booths. I haven’t scoped too much stuff yet, just been too busy. Ran around getting all of my “con” stuff out of the way first today. Autographs, prints and general crap. 🙂

I picked up a few things for myself, nothing too wild yet, but fun stuff none the less. BTW, the girls are totally kicking our ass at getting free pins! Holy crap those two are on point with them. And yes, you do need two lanyards. It’s not even funny! The 3PO “golden shower” pin is by far my favorite!!!!!

We’ve also seen some incredibly rare shit! Totally blown away!!! I’ll get some photos of them but there was some amazing things being sold EARLY this morning.

Sorry guys for the lack of quality with this one. I’m not sure I can think straight right now. I’ll try and grab more time tomorrow to get some stuff up. Especially for the room sales. 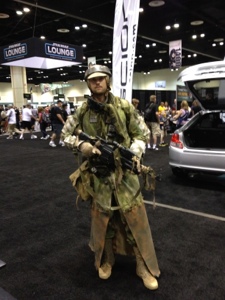 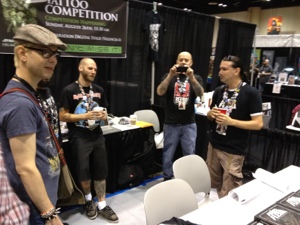 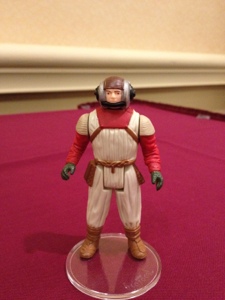 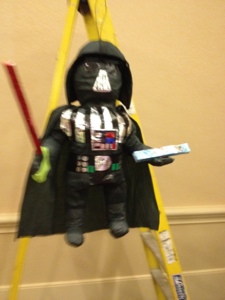 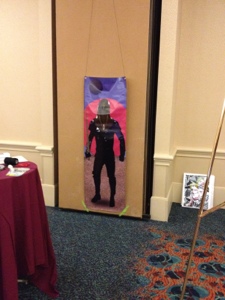 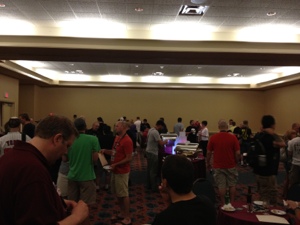 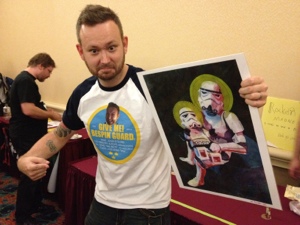 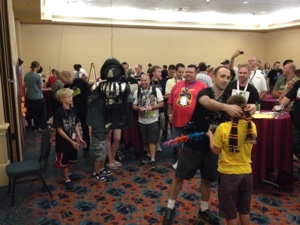 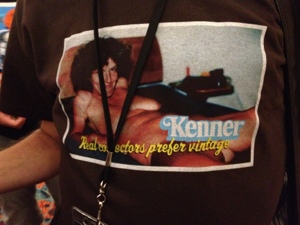 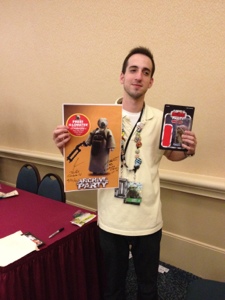