The Palace Blaster was released with following figures:

There is 3 main mold variations plus the Toptoys one. Subvariants do exist and may not all be documented. As a result of the fact that these were shot on a sprue tree in numbers of 4-10 each shot the subvariants may vary heavily depending on the steelmold used (see overview for detailed information). 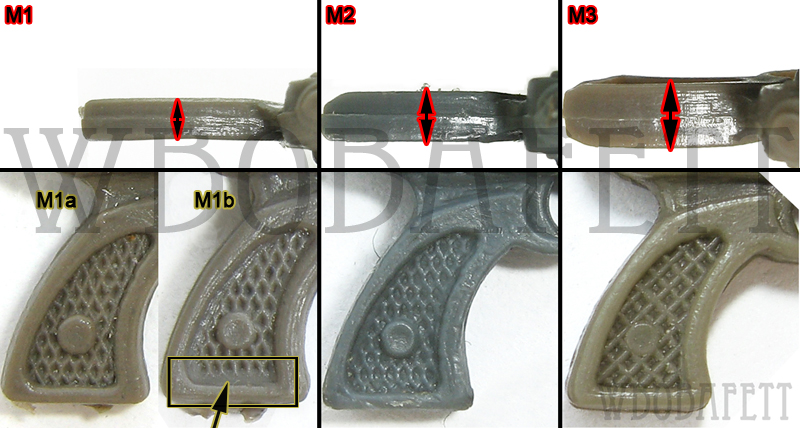 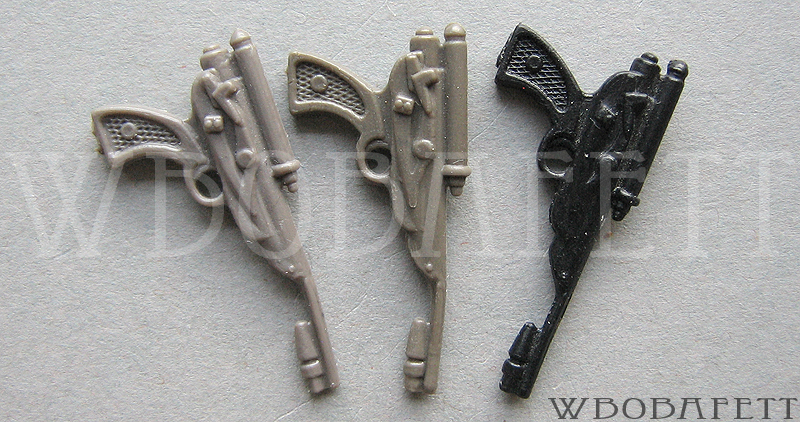 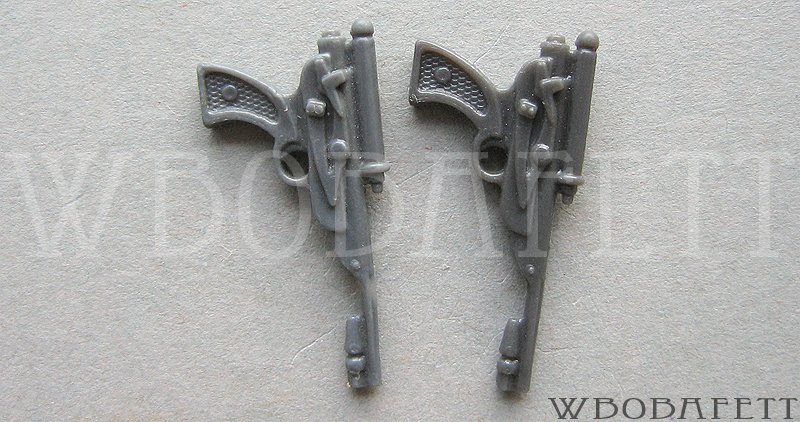 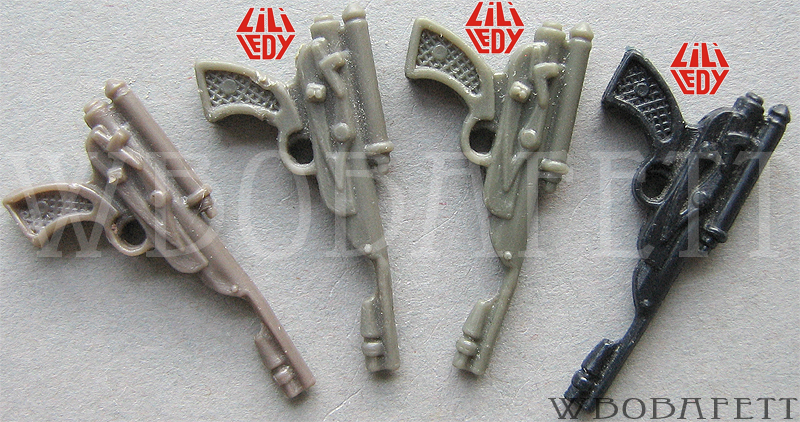 M4 was produced by TOPTOYS in Argentina:
– brown (Luke Jedi no copyright, no country of origin)

Mexican bootleg. Came on a sprue together with Biker Pistol, Rebel Blaster, hand-held lightsaber and Vibro Axe (picture will follow). Mold used in the 80s and 90s.
– white: color produced in 80s and 90s
– pink: only 90s
– green: only 90s

Mexican bootleg. Often sold as vintage, but clearly made from the POTF2 BlasTech DL-18 Skiff Guard Blaster which was release 1996: POTF2 Han Carbonite