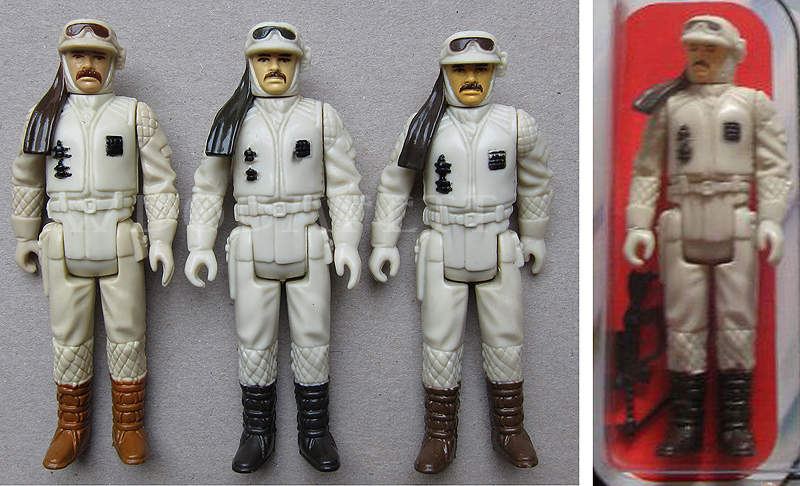 To me the „black“ boots PBP Rebel commander (shown in the middle) is kind of a transition figure from the “Poch” to the “PBP” period (see introduction). That’s why I also want to show him here. As you can see it has “Hong Kong” COO, has melt marks on its back and is not made out of the typical harder PBP material. Nevertheless it only appeared on PBP ROTJ cards and some Trilogos.
The counterparts from Kenner can have regular light brown boots or darker brown boots (see first picture), but these are still much lighter painted compared to the PBP version. 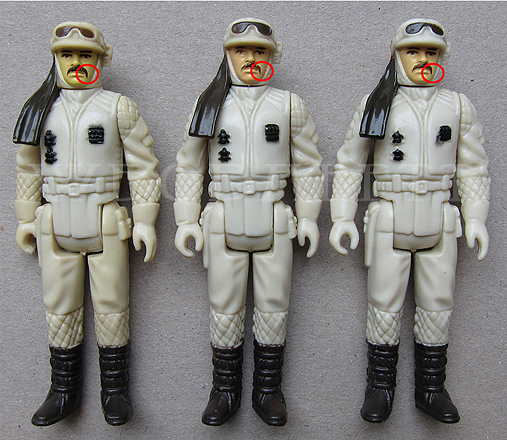 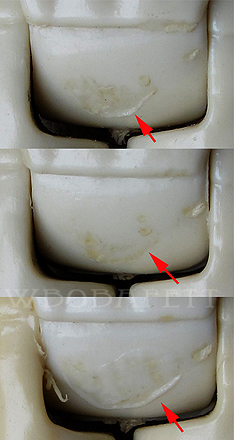 You can see that all PBP Rebel Commanders have certain characteristics in common. The most obvious one is the very dark painted boots. Further more the beard seems always to be kind of “longer” on the right side. The way the the “dots” on chest are painted can differ. Normally it’s painted with less color (right example), but there is also the so called “connected” ones existing (see left example).

The COO is shown in the picture to the left. The melt marks on that variant are very well documented. As you can see above the marks follow a certain pattern, even though some are more and some are less significant. This is the best example to show that these marks should be imprints from a tool during assembly.