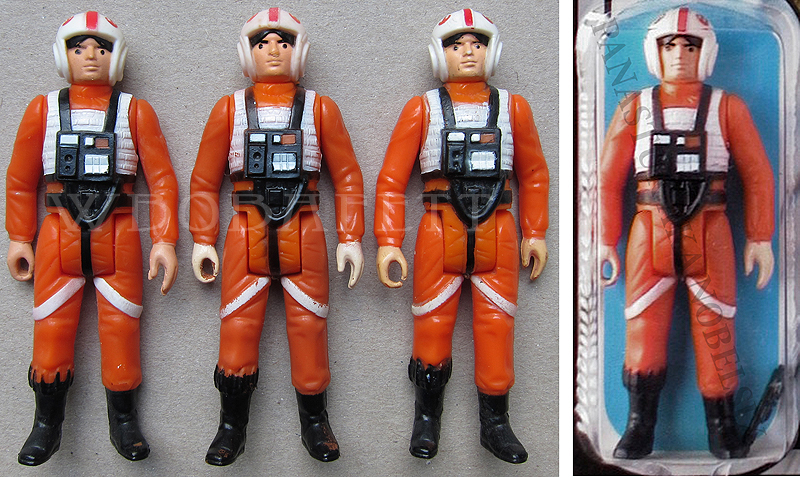 The figure shown in the middle is the assumed Poch version of the Luke X-Wing Pilot. Shown next to it are its COO counter- parts from Kenner with different paint applied especially on the helmet. Typical for the Poch version seem to be the pale hands, the more “pinkish” stripe and different colored emblems compared to that stripe. The picture of the carded one doesn’t show all these signs clearly, that’s why the variant cannot be confirmed for sure. It can be noted that a black Imperial Blaster is packed with this figure. That is very interesting, because one of my loose Poch Lukes came indeed with a true black blaster, a blaster I never had seen before. The mold from this “Imperial Blaster” is different to the known black ones from the “Droids” line or from “Lili Ledy”. So this could be indeed a Poch only release, but of course such a finding on a loose figure is very vague.

I have obtained three figures from this variant till today. As you can see the pale hands, the “pinkish” stripe and red emblems seem to be a constant factor. On the other hand I know of other examples found that hadn’t that kind of “pinkish” stripe to the helmet, so this could be also a form of degradation.
On the other pictures you can see the COO, the „dripped“ look of the paint and the melt marks on the back. Regarding those marks a certain pattern seems to form, but please decide for yourself. 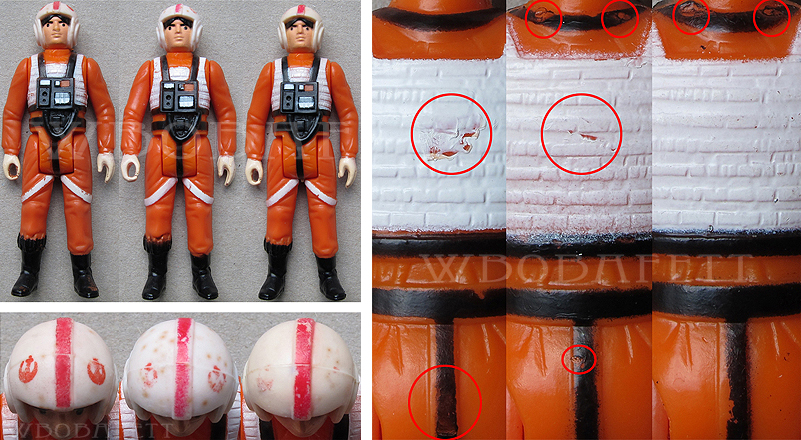