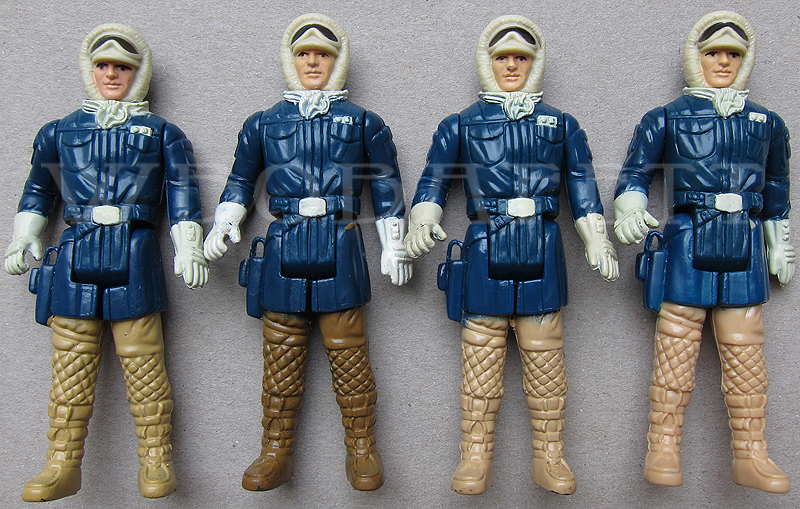 The figure shown to the second from the left is the so called Poch „chocolate-brown” Han Hoth. Compared to its COO counterparts from Kenner you can see that the boot color is very significant. Kenner released quite a few different figures with the same COO: The “normal” colored one, a lightbooted one and the so called “molded” legs variant. The Poch variant was confirmed by now on the only carded example known shown below. 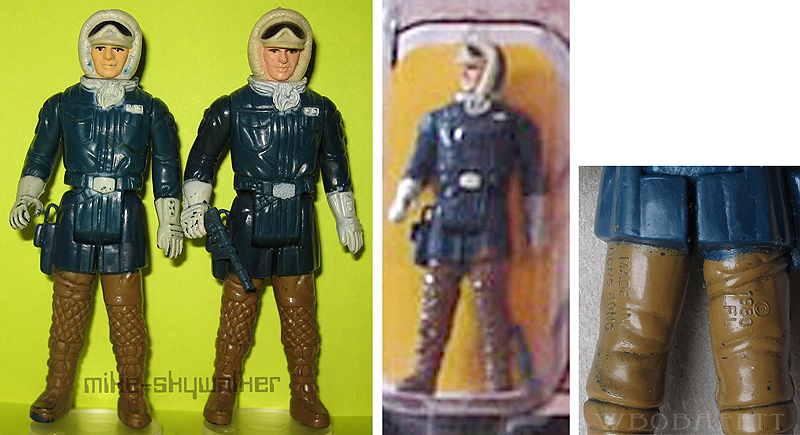 Mike_Skywalker came across two slightly different versions of this figure shown on the picture above. Especially the color from the face, from the white parts and the color of the torso, differ quite a bit. You can also see that both belt buckle variants do exist on those too. I myself (thanks to Kenneth_B) was also able to find those two variants by now, but hadn’t the time yet to picture them myself.
This figure can also have melt-marks on the back. Both my examples have none, but melt marks are not a must on those figures, as already mentioned.