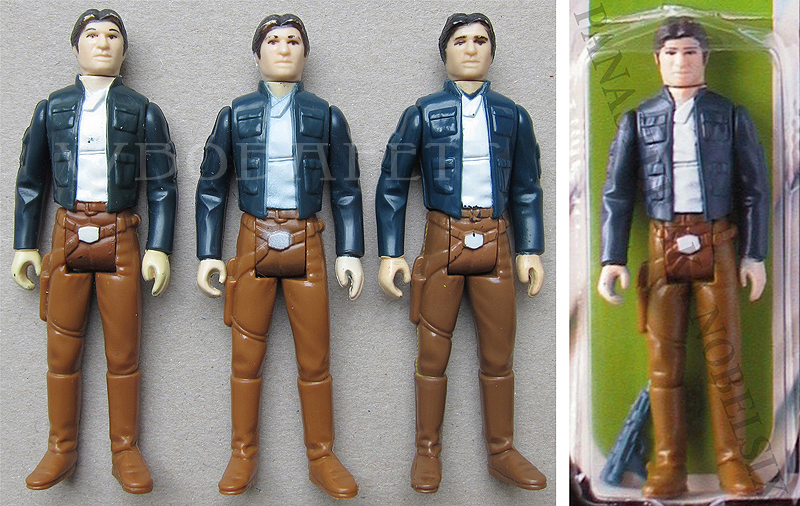 Shown in middle is the assumed variant of the Poch Han Bespin. It is compared to its COO counterpart from Kenner (left) and Lili ledy (right). The main characteristics of this figure are the pale hands and the slightly reddish hair. The picture from the carded one is not clear enough to confirm this figure, but it I think it looks very similar so far. 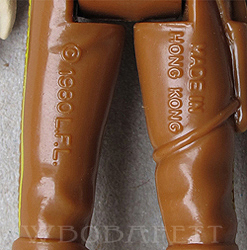 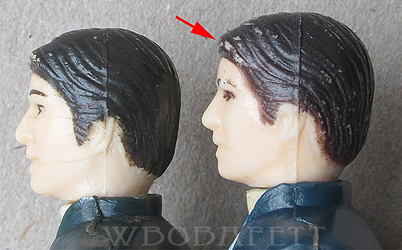 To the right you can see a comparison from the hair colors on Kenner and Poch. The thinner sprayed areas on the Poch can look quite different and more reddish. (also see i.e.: Lobot) 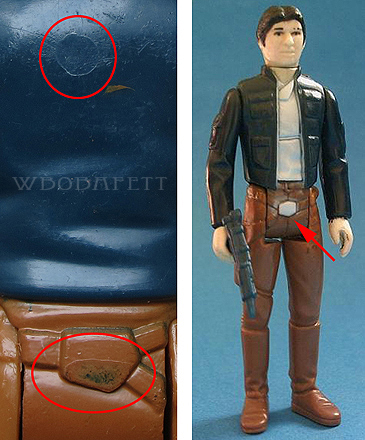 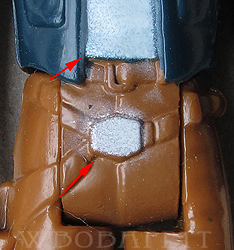 The melt marks on the back are typical signs of figures made in Spain in this early period. A second one was found recently and I’m waiting for pictures now. To the left you can already see an auction picture of that Han Bespin.

Shown to the right is the widely sprayed belt buckle of this variant. The shirt is sprayed in a similar way. The carded example sadly doesn’t show that characteristics. On the other hand the second Han Bespin pictured here also has this typical sprayed belt-buckle.