Luke Skywalker is his ‘Hoth battle gear’ was a popular character released late in the ESB line and was the ideal counterpart to the Taun-Taun Kenner also released.

Kenner chose an image of Luke on his Taun-Taun, shortly before he was attacked by the Wampa – the image was almost an instruction for children on what to get their parents to buy! 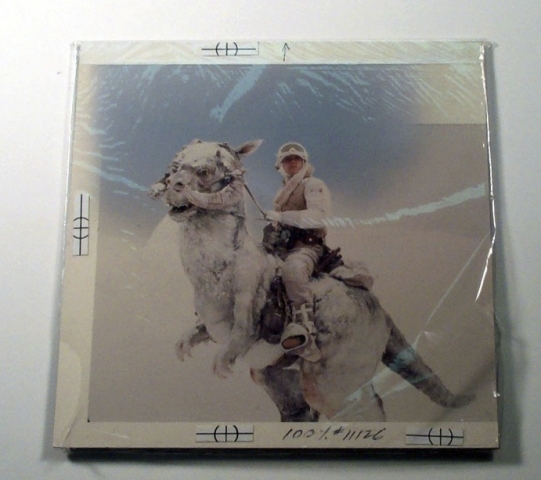 Expert airbrush artists at Kenner altered the image and darkened the sky from a near white colour to a blue grey.  The Taun-Taun and Luke would have been carefully masked off so the background could be altered without ruining the characters.

The background colour change makes Luke, and his light coloured outfit stand out much better than against the whiter background, as can be seen by looking at Luke’s left arm